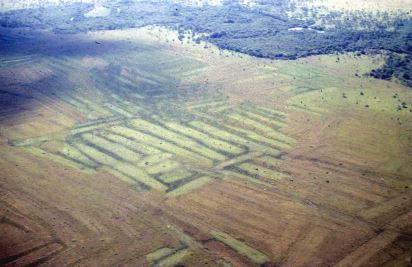 Recently documented monumental earthworks throughout the region of Western Amazonia provide important evidence of an advanced pre-Columbian civilization. Traditionally, the archaeologists have considered the vast Amazon region of South America to be a cultural backwater compared to the better-known civilizations that developed in the Americas. Scholars stress the limitations of tropical environments and lack of critical technological innovations to sustain large dense populations, intensive agriculture, monumental architecture, urban centers, and complex forms of society: the foundations of any civilization and complex societies. In recent years, the documentation of raised field agriculture, anthropogenic (human created) black earth, managed forests, hydraulic engineering, and dense large settlements for several regions of the Amazon has questioned traditional assumptions about lack of cultural development.

In collaboration with a small team of Bolivian archaeologists during 2007 and 2008, I documented over one hundred examples of a fascinating form of monumental earthworks called ring ditches or geoglyphs. The ditches and embankments encircle areas of several acres to nearly a square mile. Some earthworks are precisely constructed in geometric patterns (circles, ellipses, and squares) that suggest a clear concern for landscape design, appearance, and aesthetics. Deep ditches of up to 12 feet deep and 20 feet wide suggest tens of thousands of cubic yards of earth moved during their construction. Various hypotheses are presented for the functions of earthworks based on forms and associations. The existence of monumental works of such magnitude and density throughout Western Amazonia requires a reassessment of the prehistory of the region and the ability of native peoples to transform their landscapes at a massive scale.