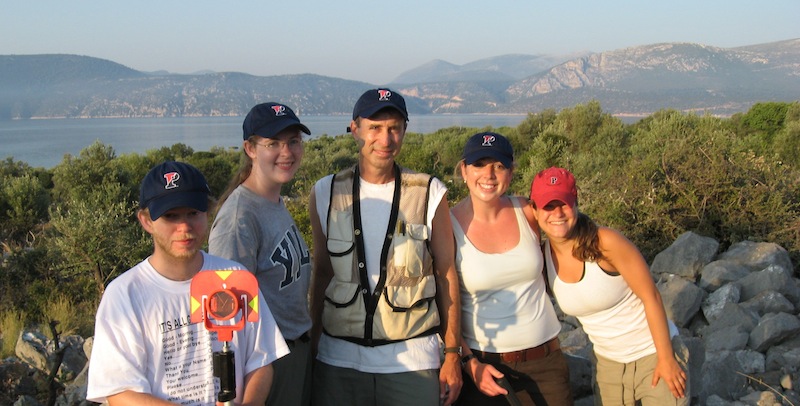 The Interdepartmental Graduate Group in Art and Archaeology of the Mediterranean World (AAMW) offers a terminal M.A. program in Mediterranean Archaeology. This program is designed to deliver intensive intellectual and practical training in a range of skills in archaeology to students wishing to be immersed in the study of the visual and/or material culture of the Mediterranean, broadly defined – including, for example, the ancient Near and Middle East and extending from the third millennium BCE to the Late Antique, early Byzantine, and early Islamic periods. The program also aims to facilitate student engagement with the University of Pennsylvania Museum of Archaeology and Anthropology (aka “Penn Museum”). Upon receiving their M.A., Penn graduates will be well positioned to gain admission to prestigious Ph.D. departments in the US and overseas; others might seek curatorial positions in national and local museums, teaching positions in secondary schools, or supervisory positions in CRM firms. Faculty closely mentor and work with M.A. students to achieve the students’ goals and to prepare them for their desired career path.

The M.A. Program is a terminal degree program lasting two years. During this time students have full access to Penn’s outstanding faculty and resources such as the Penn Museum, as well as all of the courses sponsored by AAMW and other programs and departments at Penn, and those offered at neighboring universities with which Penn has reciprocal arrangements.  Students admitted to the Mediterranean Archaeology M.A. program should not expect to receive admission after the M.A. into the AAMW Ph.D. program. Students admitted to the M.A. program normally do not receive financial aid from the University of Pennsylvania, although they may of course apply for outside awards to support their graduate study.

The program of study extends over four semesters: a minimum of three semesters in residence with full-time registration and coursework, and a fourth semester devoted to passing the comprehensive AAMW M.A. Examination and writing the M.A. Research Paper. In the final semester residence is encouraged but not required. A total of 10 courses is required: typically four course units in each of the first two semesters, including at least one 500-, 600- or 700-level seminar each semester. In the third semester students should take two course units in particular: a 500-, 600- or 700-level seminar and a 999 independent study for work on the M.A. Research Paper. In the fourth semester a student will take the Comprehensive M.A. Examination in the first month of the semester, and complete the Research Paper by the end of the semester. The M.A. degree will be awarded upon certification that all requirements have been met.

The M.A. Research Paper is not the formal M.A. Thesis required by some other Graduate Groups. It is a substantial piece of original scholarship that typically begins as a research problem for a 500-, 600-, or 700-level course and is continued as an independent study (999), based on the advice of the supervising instructor and with the approval of the Graduate Chair. Alternatively, it can originate as an independent study project. In either case, the grade recorded in the Independent Study must be certified by the advisor and the Graduate Chair as fulfilling the M.A. research requirement of the Graduate Faculties, and a final version of the Research Paper must be deposited with the Graduate Group. The title page should bear the title, author's and advisor's names and the words "Submitted in Partial Fulfillment of the Requirements for the Degree of Master of Arts, University of Pennsylvania, Graduate Group in the Art and Archaeology of the Mediterranean World, [month and year of approval]."

At least eight course units of the total program required for the M.A. must be completed at the University of Pennsylvania; the balance may be transferred from other institutions, if the transfer is approved by the Graduate Group Chair and the Dean. Such requests for transfer of credit may be made to the Graduate Group Chair after the student has been enrolled for an academic semester. No work done as an undergraduate, whether at this institution or elsewhere, will be counted, except as part of an approved submatriculation program.

Submatriculation in the M.A. Program for Penn Undergraduate Students

The Art and Archaeology of the Mediterranean World (AAMW) Graduate Group also offers a highly competitive Ph.D. program.  Although AAMW administers the M.A. program and shares resources, the two programs are separate and distinct, and as stated above, terminal M.A. students are not normally eligible to continue in a Penn Ph.D. program. To learn more about the AAMW Ph.D. program, its faculty, and its current graduate students, visit the AAMW web site at /.