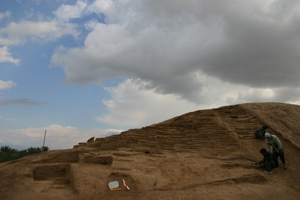 For centuries the Mediterranean World has been comprised of the countless cultures and civilizations that grew up around the Mediterranean Sea. Stretching from the Atlantic to the lands of the Levant and the Middle East, the Mediterranean has witnessed dramatic changes in each era of human history. From the international diplomacy of the Bronze Age to the flowering of Islamic empires after the 7th century, the Mediterranean was the setting for some of the most important cultures of the ancient world, including Egypt, Israel, Carthage, Greece, Macedon, the Roman Empire and Byzantium.

The University of Pennsylvania has a century-long tradition of excavation and archaeological survey throughout the Mediterranean and Near Eastern worlds. Fieldwork has included Minturnae and Sybaris in Italy, Kourion and Kyrenia on Cyprus, Gordion and Cape Gelidonya in Turkey, Beth Shean in Israel, Nippur and Ur in Mesopotamia, Dendera and Abydos in Egypt. Over 150 dissertations in Old World archaeology and art have been produced in the course of the last century. The Graduate Group in the Art and Archaeology of the Mediterranean World continues this tradition, emphasizing the rigorous study of Mediterranean cultures, employing a variety of approaches.

The Graduate Group in the Art and Archaeology of the Mediterranean World trains graduate students in the field of Mediterranean and Near Eastern archaeology by providing them with a program of study that combines courses, field experience, and museum research. Students consequently gain the training and qualifications needed for careers as college and university teachers, museum curators, and archaeological scientists. 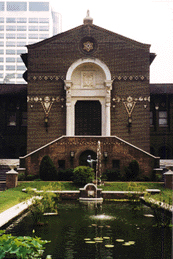 All students accepted in the program receive five-year fellowships that provide tuition as well as a yearly stipend. Funding for summer travel is also available, as are grants from the School of Arts and Sciences, the Louis J. Kolb Foundation, and the Colburn Fund for study at the American School for Classical Studies in Athens. During their second and third years in the program, students teach discussion sections of courses in Classical Studies, the History of Art, or Near Eastern Languages and Civilizations, and they also have the opportunity to teach courses during the summer sessions once they have passed their qualifying exams for the Ph.D. All AAMW students are encouraged to spend at least one semester of their graduate career serving as an intern in the Mediterranean or Near Eastern sections of the University Museum.

The AAMW Graduate Group draws on faculty from a variety of disciplines across the University. The core departments are History of Art, Classical Studies, Near Eastern Languages and Civilizations, and Anthropology, but the faculty also includes the Curators of the Mediterranean, Near Eastern and Islamic sections at the Penn Museum. Penn's Graduate School of Design offers courses in GIS, CAD, Historic Preservation, and Site Management, and the School of Law provides instruction in Cultural Property Law. In addition to Latin and Greek, AAMW students also have unparalleled opportunities for study in ancient and medieval languages, including Akkadian, Arabic, Aramaic, Middle and Late Egyptian, Hittite, and Sumerian.

There are currently twenty-two professors who constitute the standing faculty of the AAMW program. Their expertise encompasses the ancient Near East (Egypt, Iran, and Mesopotamia), Greece and Rome, Byzantium, and the early Islamic world. Working with them, as part of the University Museum's Mediterranean Section, are six consulting scholars, seven research associates, and three post-doctoral fellows, whose research interests range from Etruscan art and archaeology, to Graeco-Persian relations, to Phrygian furniture. Also housed within the Mediterranean Section is the Corinth Computer Project, which is involved in making a computerized architectural and topographical survey of the Roman colony of Corinth. Some members of this group were recently involved in the Mapping Augustan Rome Project (JRA Supplement, 2002), directed by Lothar Haselberger (Williams Professor of Roman Architecture, History of Art) in conjunction with David G. Romano (Adjunct Professor, Classical Studies). Since 1987, over 120 undergraduate and graduate students (many AAMW students) have been trained in digital cartography, GIS, remote sensing, spatial analysis and electronic total station survey through this lab.

As a result of Penn's location between New York City and Washington, the AAMW program is part of a much larger academic community: Students regularly take courses at Bryn Mawr, Princeton, and Temple University, and archaeologists/ancient art historians at Columbia, NYU, and Johns Hopkins are frequent visitors to campus. 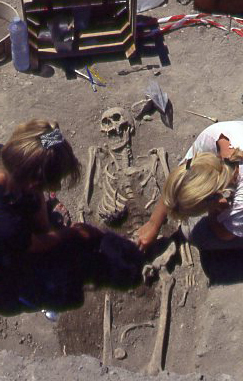 Fieldwork is an important part of the curriculum, and AAMW students have the unusual opportunity to work with scholars engaged in projects throughout the Mediterranean and Near East. Recently our students have participated in archaeological projects in such places as Poggio Colla and Rome (Italy), Athens, Corinth, Mt. Lykaion, and Vrokastro (Greece), Mochlos (Crete), Jerba (Tunisia), Volubilis (Morocco), Didyma, Gordion, and Kerkenes (Turkey), Aqaba (Jordan), Tel Dor (Israel), and Halil Rud Archaeological Project (Iran). Other Old World archaeology projects include the Granicus River Valley Survey Project (Turkey), and Tell es-Sweyhat (Syria). 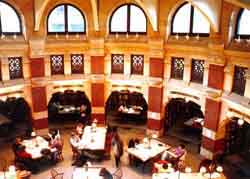 The curriculum is tailored to each student's interests and is intended to be flexible, while still providing training that allows for future employment in Departments of the History of Art, Classical Studies, and Anthropology, or in museums. Students are expected to acquire a command of two ancient and two modern languages, and to choose a major and minor field of study, defined in cultural, geographic, or disciplinary terms (e.g. Bronze Age, Syro-Palestine, Greece, Rome, Byzantium, Late Antiquity, Islamic).

The curriculum should include five courses in the language appropriate to the major field, and three that are relate to the minor field. Usually Greek and Latin are chosen, although if a student chooses a Near Eastern or Syro-Palestinian field of study, then Akkadian, Arabic, Aramaic, Middle/Late Egyptian, Hittite, or Sumerian are also possibilities. An AAMW proseminar, taken during the student's first year of graduate study, provides an introduction to the collections of the Museum (Ancient Near Eastern, Bronze Age, Greek, Roman, and Islamic); problems associated with different media (numismatics, sculpture, vase painting, ceramics, metalwork), and issues in archaeological analysis (botanical and faunal analysis, surveying and digital imaging).

Before a new student arrives on campus, he or she will be assigned a faculty mentor and a peer mentor by the graduate chair. The duties of the mentors are simply to maintain close contact with the student, to try to help him or her adjust to the program, and to identify or even anticipate, so far as this is possible, any issues that could threaten to become obstacles to the student's success.

Quite separate from this mentoring program is the advising committee. During the first semester the graduate group chair, in consultation with each new student, will set up a committee consisting of three members of the faculty to advise and monitor the student's progress. This committee should be comprised of faculty members whose interests overlap with the students, and the graduate group chair will serve as a de facto member of each of these committees.