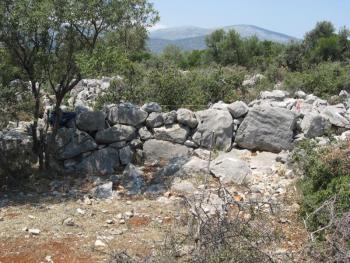 The Saronic Harbors Archaeological Research Project (SHARP), co-directed by Thomas Tartaron (Penn, Classical Studies) and Daniel Pullen (Florida State University), investigates a recently discovered urban Mycenaean harbor site and its larger setting within the Saronic Gulf region. The foundations and walls of more than 50 buildings, some of them monumental, are preserved on the modern surface over 8 hectares. Architectural and artifactual studies allow us to securely date the construction and use of the harbor to the 13th century BCE, the peak of the Mycenaean palatial period. Finds from Kalamianos and other sites discovered in a surface survey covering 7 square kilometers beyond the harbor demonstrate that Kalamianos anchored a significant center of Mycenaean activity, and there is reason to believe that Kalamianos was Mycenae’s main harbor on the Saronic Gulf.