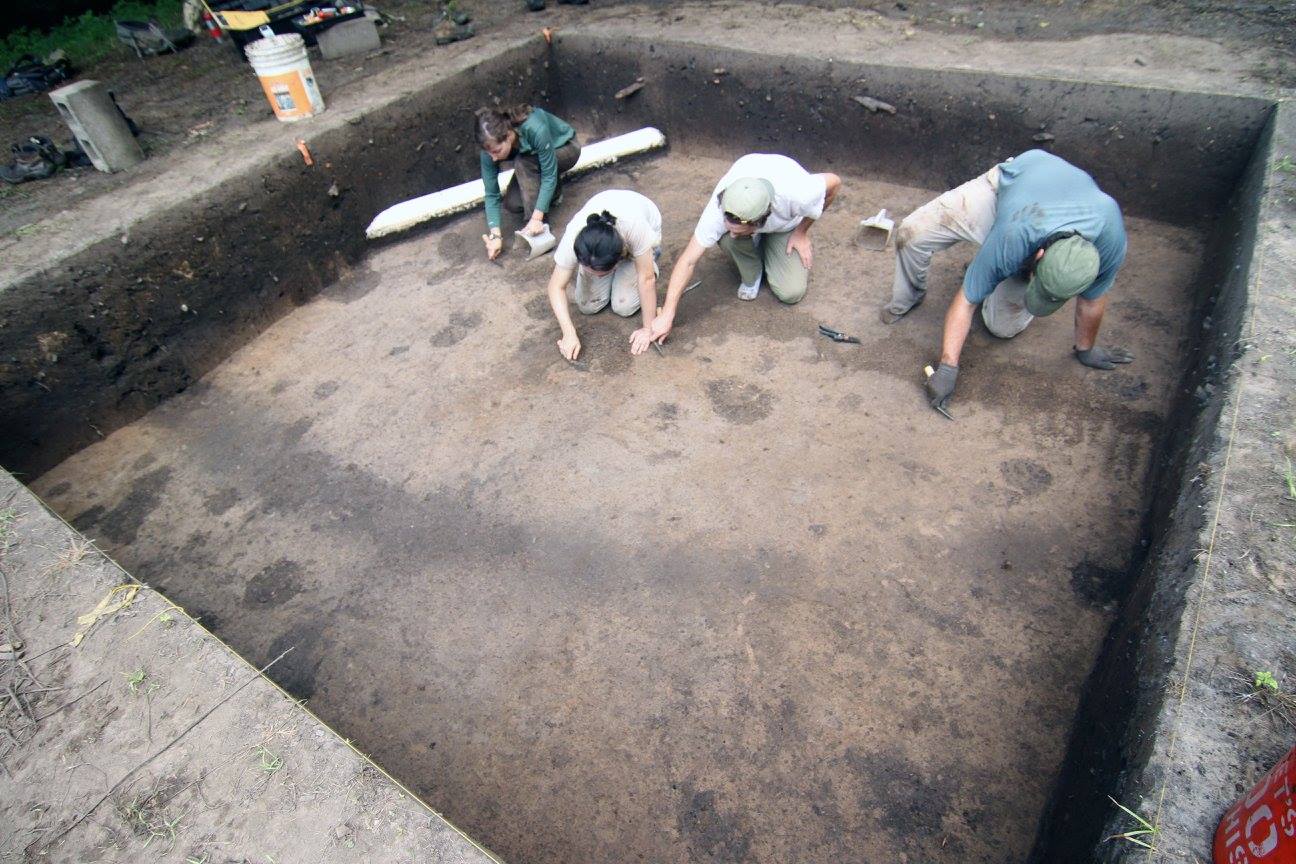 As the flagship project of the North American Archaeology Lab at Penn, the Smith Creek Archaeological Project (SCAP) was launched in 2015. The project focuses excavations on the Smith Creek site in Wilkinson County, Mississippi, which consists of three earthen mounds surrounding an open plaza. After an early occupation by the Early Woodland Tchefuncte culture (ca. 200 BC), the mounds were constructed primarily by the Late Woodland Coles Creek culture (AD 700 – 1200). Heavy occupation continued into the subsequent Mississippian Plaquemine period (AD 1200 – 1350). The transition from Coles Creek to Plaquemine marks a period of major transition in the American South—from the construction of smaller burial mounds to large platform mound-and-plaza centers, from largely egalitarian to hierarchical sociopolitical organization, and from hunting and gathering to corn agriculture. SCAP explores the relationship between these important changes through archaeological excavation and analysis of the recovered materials. Please see Dr. Kassabaum’s homepage for more information.